Bill Lynch has teamed up with Nelson CARES Society to present his new CD Would You Speak on My Behalf at the Capitol Theatre on Wednesday, Oct. 17 where he will be joined by 16 internationally-renowned Kootenay musicians.

“For me this is not just a CD release,” Lynch said. “It is also a celebration of some of the incredible musical riches that we find ourselves surrounded with in these mountain valleys and we’re also celebrating the amazing successes of Nelson CARES in their efforts to reduce homelessness.”

Musicians joining Lynch on stage include Donnie Clarke, a trumpeter who has played with many of the musical world’s luminaries, Ella Fitzgerald and Nat King Cole among them, before finally settling in Riondel — and continuing to play into his 80s.

Noemi Kiss performs in concert halls in Iceland, Slovakia, Norway, the Czech Republic and Israel. She works with the Budapest Festival Orchestra, the Academy of Ancient Music, the Orchestra of the Washington National Cathedral, among others. But most of her time is spent at her home in Argenta where she raises goats and a large garden.

Allison Girvan has worked with the Vancouver Chamber Choir, the CBC Vancouver Orchestra, the Vancouver Symphony Orchestra, and as a vocalist for radio, TV, and feature film including the PBS special, A Time to Remember. She has toured and recorded with tenor John McDermott. She now lives in Nelson where she teaches and performs.

Don Macdonald has composed the scores to some of Canada’s best known independent feature films with gala screenings at major festivals: Sundance, Toronto, Berlin, and Cannes. He has worked with many of the major studios including 20th Century Fox and Lions Gate Films. He lives in Nelson where he also teaches and performs.

Tickets are on sale at the Capitol Theatre box office and at the door. The show starts at 7:30 p.m. 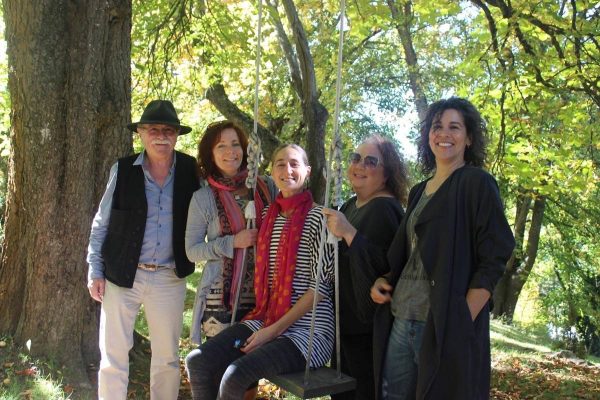 From left, Bill Lynch with some of his collaborators in his Oct. 17 concert: Noemi Kiss, Bessie Wapp, Aryn Sheriff, and Allison Girvan. Photo: Stephanie Myers